WHO Right to Call for E-Cigarette Regulation

Note: World Lung Foundation united with The Union North America. From January 2016, the combined organization is known as “Vital Strategies.”

(New York, United States) ––World Lung Foundation today applauded the call from the World Health Organization (WHO) for tighter regulation of the e-cigarette industry, including bans on indoor use, sales to minors and advertising. The multibillion dollar e-cigarette industry has been expanding rapidly without oversight and amidst growing concerns about the health and safety of the products and their impact on youth.

Dr. Neil Schluger, Chief Scientific Officer, World Lung Foundation, commented: “We welcome WHO’s call for tighter regulation of e-cigarettes. With research from CDC published yesterday indicating that more than a quarter of a million U.S. adolescents and teens who had never smoked before had tried vaping in 2013, we now have proof that the e-cigarette industry is directly aiming its products at youth, despite their spurious claims to the contrary. 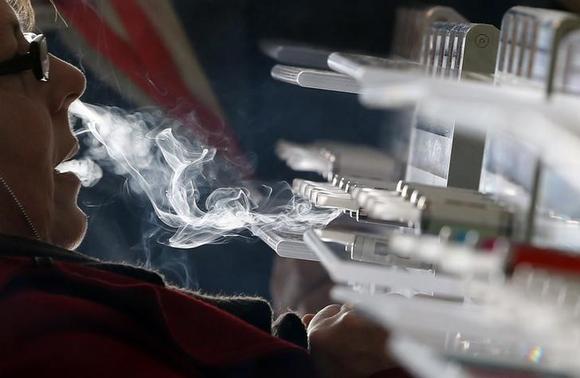 “Of even greater concern is the fact that these youths were twice as likely to say they intend to smoke conventional cigarettes in the next year, compared to youths who had never tried an e-cigarette. So much for the e-cigarette industry’s misleading argument that its products are not a gateway to smoking. When we look at this picture across the globe, it becomes clear that e-cigarettes are creating a new generation of nicotine addicts and a potential public health timebomb, reversing decades of progress in public health.

“Until now, e-cigarette companies have happily lived in a gray area where they can market and sell their products as safe alternatives to tobacco without proving they are actually safe. Bringing the industry out of the shadows is not, however, the same as bringing it into the light. The more the light of scrutiny shines on e-cigarettes, the more proof we have of potential dangers. The more we recognize the dangers are similar to those posed by conventional tobacco products, the more we must recognize that the regulatory framework for these products needs to reflect that applied to conventional tobacco. Regulatory bodies across the world should heed WHO’s recommendations today and assert their authority to ensure public health is protected before business interests.”

Risks associated with nicotine and e-cigarettes

Researchers find that many e-cigarettes contain toxins, contaminants and carcinogens that conflict with the industry’s portrayal of its products as purer, healthier alternatives. They also find considerable variations in the amount of nicotine delivered by different brands. None of this information is made available to consumers so they really don’t know what they are ingesting, or how much.

Nicotine – a highly addictive drug – can have powerful negative effects on the cardiovascular system, including causing high blood pressure and abnormal heart rhythms. In women, nicotine reduces estrogen levels and has been linked to early menopause. Prenatal exposure has been linked in epidemiological studies to obesity, diabetes, high cholesterol and high blood pressure in children. To date, there has been little research on the emission of fine and ultrafine inhalable liquid particles, nicotine and cancer-causing substances into indoor air, so we cannot exclude the risk of adverse health effects generated by second-hand exposure to e-cigarettes. The increase in young vapers is particularly concerning; in addition to the above health risks, there is higher potential for negative impact of nicotine on adolescent brain development, as well as the risk for life-long nicotine addiction.

Evidence of e-cigarettes as a smoking cessation aid is contradictory at best. A study in the American Journal of Public Health showed that those who incorporated e-cigarettes into a quit-smoking attempt were less likely to succeed after six months. In fact, unrestricted e-cigarettes on the market may end up preventing persons from seeking proven methods of quitting – including cold turkey. Public health experts also are concerned that e-cigarettes will undo decades of progress in public health by re-normalizing smoking in public and act as a gateway to cigarette use among youth.

This feature was published by Vital Strategies on Aug. 26, 2014 and filed under Press Room.